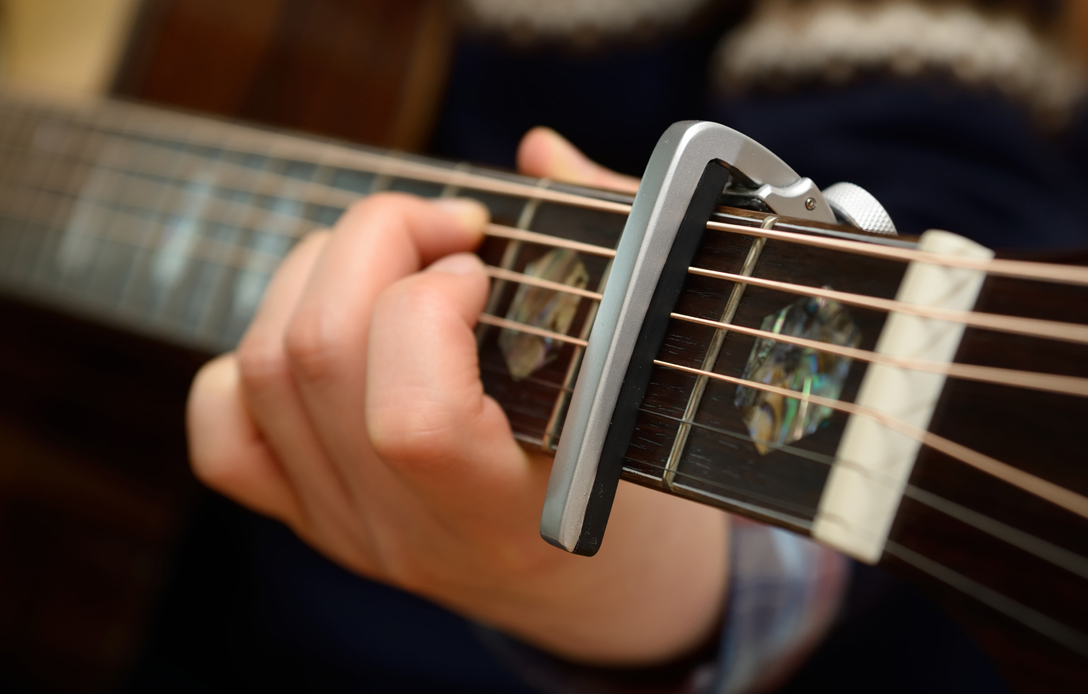 As you probably already know the capo allows you to change keys without having to learn chords and note positions associated with the new key.

For example, if a song is being played in the key of B you can either learn that key, (yuk!) or you can put a capo on fret 4 and play as though you are in the key of G.

One of the main problems is that this confuses your perception of the fretboard. What you understand as an A (fret 5) on the E string starts looking like a G when you put a capo on fret 2.

That may not matter to you, but it can be disorienting to say the least.

The other problem I see is that it is difficult to figure out the best position when you’re playing live with other musicians.

I remember being at a ceilidh in PEI where a guest guitarist/singer was having difficulty playing along with the house band. She obviously was not used to this situation.

I could feel her pain as she struggled to find the appropriate capo position. Finding the right setting would have been a matter of luck, because there are just so many possibilities. It is difficult to know where to begin when the pressure is on.

I think there is a solution that makes the capo a much more useful piece of equipment. I’ll try to explain in my next post.